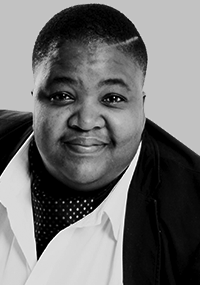 Ms Letsike is a well-known activist, not only within the LGBTI sector but also on issues of feminism, human rights and social justice. Among other roles, she currently serves as the deputy chairperson of SANAC, a seat that represents the voice of civil society in SANAC structures. She also co-chairs the National Task Team on Hate Crimes, an initiative by the Department of Justice and Constitutional Development and is the Founding Director of Access Chapter 2, a human rights organisation with a specific focus on LGBTI populations and issues of gender equity.

She has previously worked with Anova Health, Open Society Initiative for Southern Africa (OSISA) and the Department of Social Development.