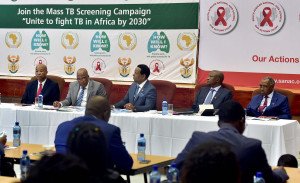 On behalf of the South African National Aids Council, we wish to pay our special gratitude to His Majesty, King Goodwill Zwelithini ka Bhekuzulu, for honouring us with his presence here today.

We also wish to express our deep sense of appreciation to all traditional leaders who have graced this important event with their presence.

Your presence here today will ensure that this event will be a major success.

Our partnership with ubuKhosi carries the promise that our fight to bring an end to the suffering and preventable deaths of our people from tuberculosis or HIV is possible.

Hlanga loMhlabathi, our nation is inspired by the story of your son, Prince Nhlanganiso Zulu, a courageous  TB survivor and a champion against this disease.

We have learned that, after contracting TB in 2010, the Prince availed himself to become a TB ambassador in KZN. 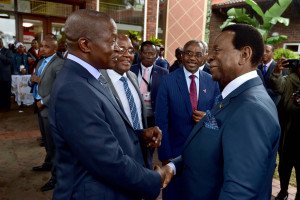 He shares his story openly with South Africans everywhere. He is creating awareness at hostels, villages, informal settlements, and to all audiences across the country.

Through his initiative called “Isibaya Samadoda”, Prince Nhlanganiso, is working on the ground with men promoting healthy sexual behaviour, condom use, circumcision, and testing for HIV and TB.

He is giving people with TB a voice, a face, and dignity.

He is a living champion demonstrating that TB is curable and preventable.

We salute His Majesty and the Prince for standing up to actively create an awareness that our people require to live healthier and productive lives.

World TB represents a special day of hope because it was on the 24th of March 1882 that Robert Koch identified the bacteria that causes TB!

This year we decided to host our national event on the 22nd of March at the historic and resilient community of Cato Manor whose past bring to memory a leader of our people like umama Dorothy Nyembe.

We are here today with the warm people of eThekwini and our traditional leaders for a very good reason.

The reason is that the global theme for World TB Day 2018 is:

“Wanted: Leaders for a TB-free world. You can make history. End TB”

Yes, every leader in our country can help to end TB by 2030. 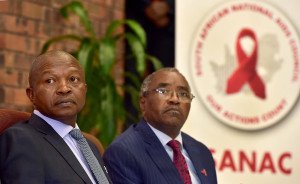 And our traditional leaders, by their close proximity with our people, carry a huge responsibility to reverse the tide against new TB infections and TB related deaths.
Working with you, we have a better opportunity of ending the TB epidemic by 2030.

This is also a call to leaders in all avenues of human endeavour.

It is a call to action to leaders in government, civil society organisations, academia and industry.

It is a call to social activism to our national icons in sports, arts, music, and the media.

Fellow South Africans,
This World TB Day is special for our country in another respect.

This month we mark the anniversary year of the launch of the new National Strategic Plan for HIV, TB, and Sexually Transmitted Infections for the period 2017-2022.

The National Strategic Plan was launched by former Chairperson of SANAC, President Cyril Ramaphosa during our commemoration of World TB Day in Mangaung last year.

As you would know, Goal Six of this Plan makes an impassioned call for leadership and shared accountability for a sustainable and effective response to the pandemics of HIV and TB.

We are pleased to report that the Implementation Plans of the provinces of KwaZulu-Natal, Eastern Cape, Limpopo, Mpumalanga and Western Cape will be ready by the end of this month.

All our provinces must urgently finalise their plans so that we can move together promptly and in a coordinated manner to improve the health and wellbeing of our people.

Our Constitution and our people expect nothing less.

Our success in implementing this National Strategic Plan depends on the functionality of the AIDS Councils at all levels, from national down to the Ward levels.

Once again, we urge all Premiers and Mayors to demonstrate leadership by ensuring that AIDS Councils are functioning to achieve our objectives.

As you are may be aware, government departments implementing social and human development initiatives are expected to contribute to the implementation of this Plan.

It is thus crucial for the political leadership in these departments to ensure that adequate budget is allocated for the effective implementation of this programme in their Annual Performance Plans and Medium Term Expenditure Framework.

Regular implementation reports aligned to the NSP goals should be provided timeously to the Department of Planning Monitoring and Evaluation, and SANAC Strategic Information Units to monitor their contribution to the progress on the NSP implementation.

More people die of TB than HIV. In fact, people with HIV frequently die of TB.

While the deaths from both these diseases are slowly declining, they are significant causes of deaths in our country and they are linked – just like HIV and TB are linked.

Research shows that sixty percent of people with HIV also have TB, and people with diabetes are 3 times more likely to have TB!

While people dying of TB is very bad, what is equally bad is the suffering as well as its impact on families and the economy of the country.

Yet, TB is curable! Taking treatment for just 6 months cures TB and the treatment is provided free of charge in clinics by our government!

It is worrisome that TB still cause so much pain and suffering in our country when it is curable.

However, there is an explanation.

TB is a very old disease but very stubborn.

As I said, it is curable but, people with coughs, night sweats, chest pains and weight loss – the symptoms of TB, often ignore these symptoms.

They come to the clinic when they are very sick. Sometimes, people recognise the symptoms but are scared or feel that they will be judged by others for having TB.

Stigma is still very prevalent in our communities and leaders have a critical role to play in ensuring that we get rid of stigma for all diseases, especially TB and HIV.

That is why we are calling on all leaders, starting with traditional leaders, to take action.

People die alone and silently fearing the burden of being shamed and discriminated.

People also feel stigmatised because they think that it is their fault that they have TB.

Having TB is no one’s fault. As  Health Minister Motsoaledi has often said – for as long as we breathe we can get TB because TB is transmitted through the air!

We can also learn a great deal from an international TB champion, founding President Nelson Mandela, whom we are commemorating the centenary of his birth this year.

He was diagnosed with TB in prison.

As a leader who understood his impact and responsibility to his people, Madiba decided to speak openly about his disease to his friends and the media.

He did so to encourage those infected with TB to seek treatment, be cured, and not feel ashamed.

Speaking in Bangkok in 2004, Mandela said,

“I spoke about it openly because I knew that once people were aware of the effects, they would support me. The press admired me for declaring my status, and I’m convinced that the support of my family, friends, and the public in general contributed to my healing process.”

We all share the responsibility to stand up and support those who have TB.

We must show the care towards people with TB as we do with other life threatening diseases.

Mandela also warned global leaders and policy makers that the world has no chance of overcoming AIDS-related deaths if it does not combat the silent killer of TB and the social stigma linked to it.

We urge all leaders in society, starting with traditional leaders across our country, to follow the good example of Nelson Mandela in fighting stigma and encouraging people to be screened and treated.

Distinguished Guests,
Let us empower our communities with knowledge of the small, but very crucial, actions they can take to stop the spread of TB.

We can do a number of things.

If you have the symptoms of coughing for more than two weeks, night sweats, chest pains and losing weight, please go to the clinic as soon as possible.

At the clinic you will be tested and treated if you are found to have TB.

Taking TB treatment for just six months will cure you.

This means that everyone that has come into contact with a person diagnosed with TB must also get screened and tested for TB.

What we know is that a person with undiagnosed and untreated TB can infect up to 15 people!

This means that there is a responsibility on those of us with TB symptoms and those that come into contact with people with TB to get tested for TB.

We also share the responsibility to protect those we have been in contact with by encouraging them to be screened.

Fellow South Africans,
It is absolutely critical that those that are put on treatment, complete their treatment.

This is important for the person with TB and those that come into contact with that person.

People who don’t complete their treatment and are not cured can become resistant to TB treatment.

Failure to complete treatment can result to multi-resistant TB which does not respond to regular TB treatment.

Those with multi-resistant TB need more drugs that can take up to 24 months to work!

Fellow South Africans,
In order not to spread TB, besides getting treatment as quickly as possible there are a number of things we can do to prevent TB.

You can prevent it by coughing or sneezing into your upper sleeve.

Our elbows must be active, moving to our mouths, in a new death-defying “dab dance” to prevent the spread of TB.

We can also use tissues to cover our mouths or noses when we cough or sneeze. After use, lets us discard the tissue appropriately.

And the Ministers of Health around the world have decided that we must eliminate it by 2030.

Our Minister of Health,  who is also the Chairperson of the Stop TB Partnership Board made a call at the United Nations General Assembly in 2016 for the UN to host a high level meeting on TB.

This is a call to Heads of State and Government to discuss how the world will eliminate TB.  And we are happy to announce that this meeting will take place in September in New York this year!

To prepare for this meeting, we wish to announce today that South Africa will launch a national campaign to test and treat at least an additional 80 000 people with TB between April this year and March next year.

The campaign is targeting people who are currently either not diagnosed or have stopped TB treatment before they were cured.

Many of our citizens have been “missed” by our health system as they have not been reported, and therefore have not been diagnosed.

We seek to find and treat at least 40 000 before we go to the High Level Meeting in New York in September.

We therefore call on all leaders, especially all South African traditional leaders, to help us to end TB.

We can only do this by talking about TB, noticing its symptoms, going to the clinic when sick and completing treatment.

We can end TB if we take action to stop its spread.

Leaders have a very important role to play in our communities. Without your help our country cannot progress.

We call on every leader in every corner of our country to help us to help our people.

We urge you to encourage the people that you lead to take action to end the TB epidemic.