PRETORIA, 02 March 2020 – The South African National AIDS Council (SANAC) hereby congratulates the former Chairperson of SANAC, ex-President Kgalema Motlanthe on his inauguration as the incumbent Chairperson of ‘Champions for an AIDS-free generation’, also known as “the Champions”.

The Champions is an association of former heads of states and influential leaders committed to AIDS response efforts to ensure that it is no longer a public health threat. Their main advocacy focus is “increased commitment to address political, social and legal barriers and blockages to fast track AIDS response in Africa. To sustain the response through increased commitment to domestic investments for HIV and health security and access to medicines”.

We have full confidence in the former president Motlanthe’s ability to lead the Champions in ensuring that we create an AIDS-free world. Their work contributes immensely to HIV response efforts across the globe and as a country; we should feel honoured that one of our own has been placed on the driver’s seat of this significant body.

SANAC will offer President Motlanthe full support during his term as the Chairperson of the Champions. 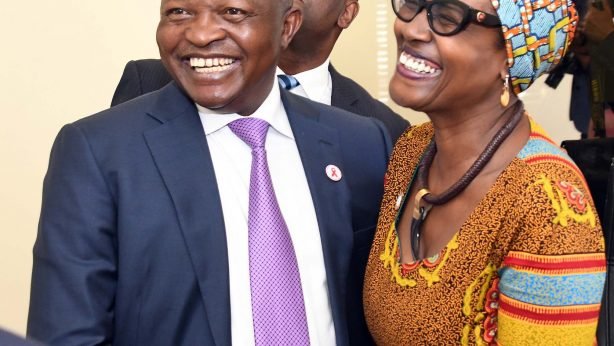 SANAC welcomes the UNAIDS Report: ‘We’ve got the Power – Women, adolescent girls and the HIV response’