Decriminalising sex work: Highlights from the dialogue hosted by SANAC and Mail & Guardian

»  » Decriminalising sex work: Highlights from the dialogue hosted by SANAC and Mail & Guardian

SANAC in partnership with the Mail & Guardian hosted a dialogue on the decriminalisation of sex work in Johannesburg on Wednesday, 26 July 2017. The aim of the dialogue was to create a platform for critical stakeholders to debate the various legal options for sex work.

The dialogue was moderated by Mia Malan, Founding Director of Bhekisisa who also serves as the Mail & Guardian’s Health Editor.

The dialogue was led by the following panellists:

John Jeffrey, South Africa’s Deputy Minister of Justice and Constitutional Development. Jeffrey is an admitted attorney and has been a member of parliament since 1999. He is also a former member of the Justice and Constitutional Development Portfolio Committee where he was instrumental in shaping a number of pieces of legislation, such as the Child Justice Act, the Prevention and Combating of Trafficking in Persons Act and the Protection from Harassment Act.

Madri Bruwer, a manager at Straatwerk, an entity which ministers and conducts outreach among individuals involved in sex work.

Grizelda Grootboom,  author of the book Exit which chronicled her journey as a survivor of human trafficking and was nomintaed for a South African Literary Award. She is an activist currently working with Embrace Dignity, an entity that raises awareness of human trafficking.

Marlise Richter, Head of Sonke Gender Justice ‘s Policy, Development and Advocacy Unit. She overseas projects on topics such as prison reform advocacy and the decriminalisation of sex work. She is a Fulbright Scholar who holds a Masters of Law and a PhD in Public Health – specifically looking at sex worker access to health care services in sub-Saharan Africa.

Major Margaret Stafford, the national coordinator for The Salvation Army‘s Southern Africa territory anti-human trafficking desk. She has been a pastor with the Salvation Army for 28 years.

Nosipho Vidima, who chaired the SANAC Technical Working Group for Sex Work in 2015 that led to the development of the South African National Sex Worker HIV Plan (2016-2019). She coordinates the #SayHerName campaign, which documents the deaths of sex workers in South Africa. She is also the Human Rights and Lobbying Officer at the Sex Worker Education and Advocacy Taskforce (SWEAT) and was named as one of M&G’s top 200 young leaders in SA in 2017.

In today’s edition of the Mail & Guardian, there is a pull-out supplement about the subject matter. Please get yourself a copy. 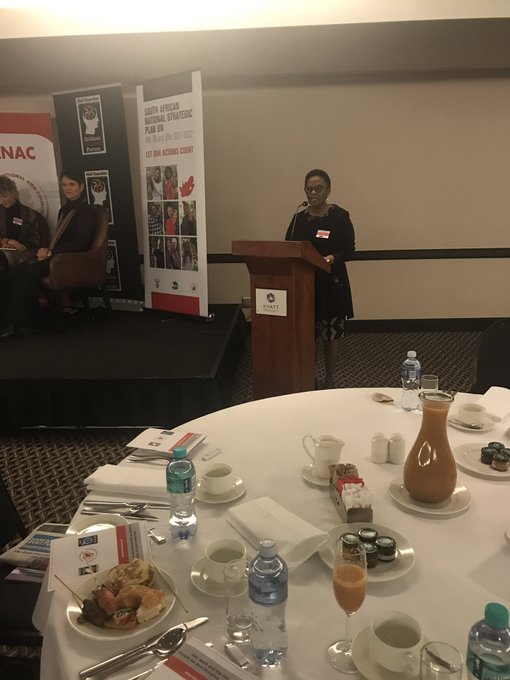 SANAC will continue to foster dialogue, debate around decriminalization of sex work to reach a consensus on this issue #SexWorkDebate

Deputy Minister John Jeffrey pointed out that government recognises the importance of decriminalisation but it is a complex issue:

DM: It’s not as simple as saying “decriminalize. We have to look at several factors before making position. #SexWorkDebate

#SexWorkDebate Jeffery says decriminalisation could lead to a rise in human trafficking. Cabinet has different views on this.

We need to look at what is best for SA. There are still a range of views and so the SALRC is open for further engagement #SexWorkDebate 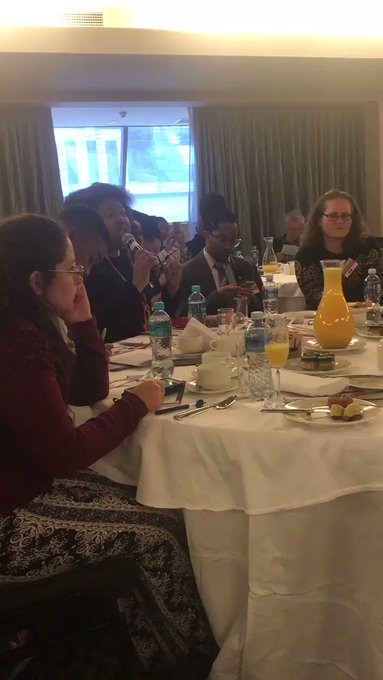 @drtlaleng “Why we discussing sex work as a if it’s a new phenomenon, sex work has been there for long” #SexWorkDebate #SexWorkIsWork

@drtlaleng we can’t even start a debate if we stuck on definitions. Sex work is work. Panel is privileged – 5 white speakers #SexWorkDebate

.@drtlaleng: Sex work is real work and we should not moralise and conflate definitions of sex work and human trafficking. #SexWorkDebate

.@drtlaleng: Human trafficking happens in many forms but we only focus only the trafficking that focuses on penises & vaginas #SexWorkDebate

Panelist and author of the book ‘Exit’, Grizelda Grootboom, who is also a human trafficking survivor raised concerns about decriminalisation of sex work:

Grootboom: “Human trafficking has a close link to prostitution. Do you know how that sex worker ended up on the street?” #SexWorkDebate 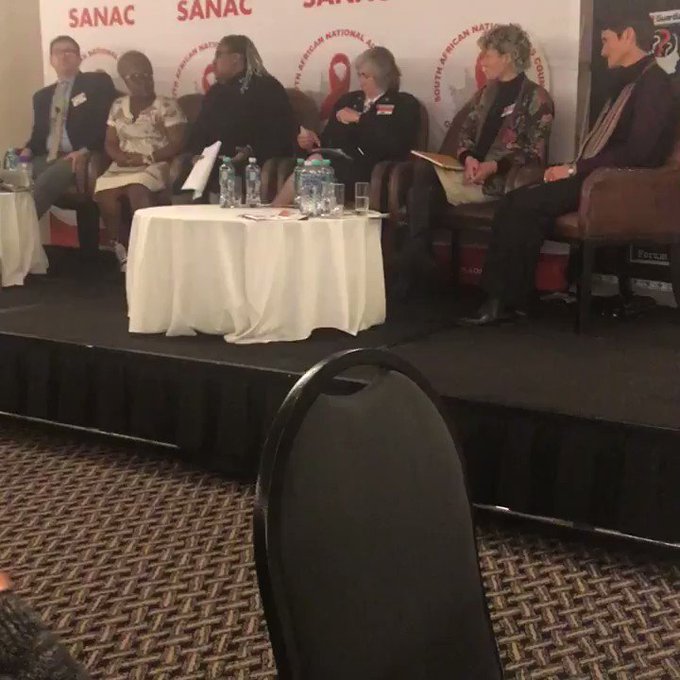 Grootboom: As a survivor of prostitution I have been in industry from age 18. #SexWorkDebate

Grootboom: condoms didn’t save me, didn’t give me a good market from the buyers. #SexWorkDebate

Major Margaret Stafford from the Salvation Army argued that sex work is about the money: 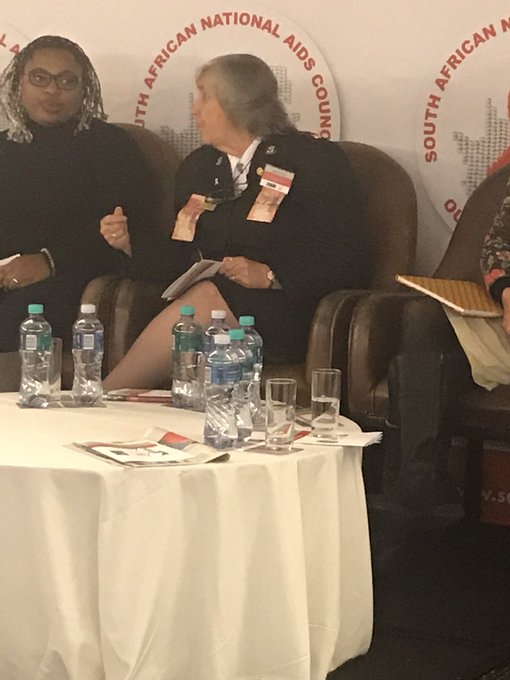 Maj Margaret Stafford has R50 notes pinned to jacket to show that it’s all about money. Young girls trying to earn money #SexWorkDebate

And of course, some argued in favour of full decriminalisation of sex work and the associated benefits: 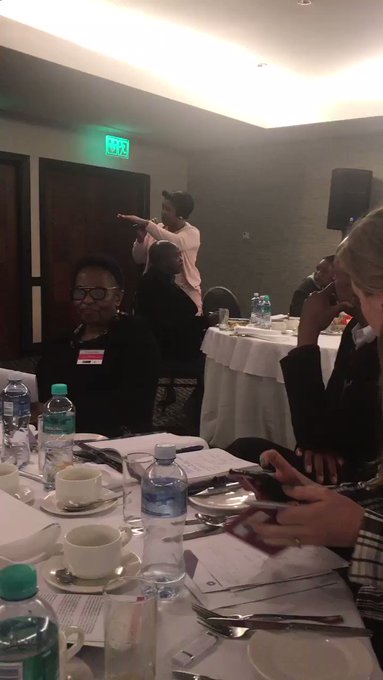 Kholi Buthelezi representing SISONKE sex worker movement speaks! We should be on those seats! #sexworkdebate

SEX WORKERS ARE INTEGRAL TO FEMINISM. I LOVE MY WORK, I CHOSE IT AND I DON’T NEED SAVING!#feminism #intersectionalfeminism #sexwork

#sexwork isn’t about war of the sexes.

facilitate this or GTFO