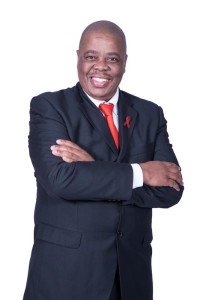 In June 2017, at the end of the South African National AIDS conference, Deputy President Cyril Ramaphosa, who is also the Chairperson of SANAC, called for a Prevention Revolution to prioritize prevention, the same way we do with treatment. As I reflect on this as the newly appointed SANAC CEO, I see my appointment as an opportune moment for SANAC to take up this challenge.

In South Africa, we know that approximately 270 000 people are newly infected with HIV every year. What we also know is that almost 48 million South Africans are HIV negative. Our major task is therefore to keep these people negative.

We know what to do and how to do it: over the past few years, we have gained knowledge and appreciated the efficacy of new tools to prevent HIV, from pre-exposure prophylaxis (PrEP) to the knowledge that an undetectable viral load dramatically reduces the risk of transmission. SANAC’s urgent and immediate task will be to rally everyone behind a new prevention revolution that harnesses combination prevention approach, especially in communities hardest hit by HIV.

In a UNAIDS Discussion Paper on combination prevention, combination programming is defined as “rights-based, evidence-informed, and community-owned programmes that use a mix of biomedical, behavioural, and structural interventions, prioritized to meet the current HIV prevention needs of particular individuals and communities, so as to have the greatest sustained impact on reducing new infections.”

While we appreciate that the pace of decline in new infections is not fast enough, the reality is that we have not put prevention back at the top of our priority list. SANAC will have to take major strides to address this, which is why the new National Strategic Plan for HIV, TB and STIs (2017-2022) has placed prevention as the first goal with the bold target of reducing new HIV infections by more than 60 percent and cutting TB incidence by at least 30 percent.

South Africa has made significant progress: more than 10 million people now test for HIV each year; new HIV infections declined from 367 946 in 2011 to 266 618 in 2016, a 27.5% reduction against a target of 50%. We have also recorded major successes in the reduction of mother-to-child transmission of HIV from 3.6% to 1.5% (measured at 6 weeks postpartum), the lowest rate in Southern Africa. In addition, the number of infants born HIV positive has been reduced from 70 000 in 2003 to less than 6 000 in 2015, putting us on the road to eliminate mother-to-child transmission of HIV. But these gains could be reversed if we do not take urgent and immediate action to step up our prevention efforts.

Everyone speaks of ‘combination prevention’, but we have not committed to specific programmatic priorities and actions. The referral pathway for HIV negative individuals, for instance, is poorly defined and implemented therefore an area that must be strengthened. Although targets for a multi-sectoral prevention response exist, they are not as memorable as the treatment targets. Every AIDS council must have a robust prevention plan and be capacitated and financed to monitor, track and review implementation progress.

Service providers also need guidance around the range of new combination prevention options that are now available. They are grappling with the rapidly changing landscape, and are faced with the challenge of conveying increasingly complex sexual health information in a way that resonates with key populations such as men who have sex with men, young girls and women. Furthermore, we need to create coherent and consistent prevention messages so that we don’t overemphasize one at the expense of others. We can’t afford to leave anyone behind.

To maximize impact and use resources optimally, HIV prevention interventions of proven high impact need to be delivered to key locations and priority populations. Protecting human rights, safeguarding gender equality and ensuring access to services for key and vulnerable populations remain pivotal in the HIV response. Social and structural drivers which place people at risk of infection must also be addressed earnestly by investing now for long term sustainable solutions.

Just as innovation has changed the landscape of HIV prevention in the past, innovation will remain critical. We can’t continue doing the same things hoping for different outcomes.

Combination prevention will only work if it is based on a genuine understanding of the nature of the epidemic in each community. Communities and local organizations are well placed to contribute their knowledge and expertise to highlight who and where to focus and what works. They should be at the forefront of the local prevention response.

Communities will need to use their power to push this new HIV prevention revolution and hold governments, donors and themselves accountable. Without community ownership, the target of reducing new HIV infections by 50% by 2022, and virtually eliminating them by 2030, will not be achieved.

I am also committed to making sure SANAC provides the leadership needed to achieve these goals. For SANAC to reach its full purpose and potential, it too must change. It is time for us to recognize our shortcomings and reform the way we work.

This article was originally published on Spotlight, please see it here: http://bit.ly/2gbMM5g