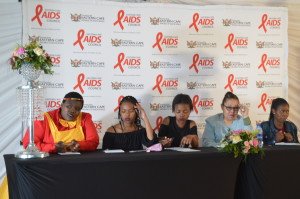 The Provincial Council on AIDS (PCA) in the Eastern Cape hosted a 3-day Women and Girls Assembly between 24 and 26 November 2017 in East London. This was in response to the myriad of challenges faced by women and girls in the province. The assembly was also used a build-up activity for World AIDS Day 2017 later held at the Walter Sisulu University on 1 December.

The Eastern Cape remains one of the poorest provinces in South Africa alongside Limpopo according to Stats SA. Crime statistics also indicate that nearly 2000 cases of sexual offences reported in 2017 alone. The hardest hit by these challenges are young women and girls. 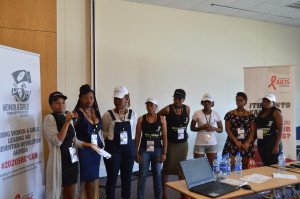 In response to this, Khanyisa Dunjwa from the Eastern Cape PCA in collaboration with UNAIDS, Eastern Cape Department of Health, civil society organisations and women empowerment groups convened the 3-day assembly. This was to provide a safe space for women and girls to tackle pertinent issues affecting them, as well as to forge partnerships across the province to respond to all challenges affecting women. Various topics were brought up during the assembly, including women empowerment, unemployment, existing opportunities available for women and girls, self-defence, health, homophobia as well as how the government should respond to certain issues affecting women and girls. All districts of the Eastern Cape were represented.

At the end of the assembly, a Technical Working Group was elected. This group consists of a representative from each district and is tasked with coordinating all efforts geared towards the empowerment of young women and girls. 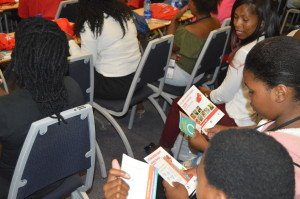 On day two of the assembly, various breakaway sessions were convened and one of the sessions focused on the National Strategic Plan for HIV, TB and STIs (NSP: 2017- 2022). This session was aimed at educating attendants about the NSP and what it means to them. “The session was quite helpful because we didn’t even know about the NSP but now we do. We learned in detail about Goal 4, which speaks to us as young women and girls,” said 17 year-old Nomawethu Sisilana who attended the assembly.