NNORTH WEST, 08 October 2020 — As the North West Provincial AIDS Council, we dispel misleading reports of a meeting said to take place today, under the guise of our current leadership.

North West Premier Professor Job Mokgoro, who also serves as Chairperson of the provincial structure together with Co-Chairperson Pinampi Maano, who was duly elected by civil society have not sanctioned such a meeting or decided on its agenda and both, together with civil society leaders will not be attending.

Those who proceed with this meeting are doing so in defiance of the authority and powers vested in the Chairperson and Co-Chairperson who have not authorized this meeting.

The mandate of the AIDS Councils, whether it is at national, provincial, district or local level is to bring government, business and civil society and labour to dialogue about the actions that must be taken in responding to address HIV, TB and STIs as well as the social and structural drivers that fuel these pandemics.

In 2020, COVID-19 forced its way into the dialogue and we have learned great lessons, some great and some not so great. We must at all times remain vigilant that the mandate of the AIDS Council should not be hijacked for narrow self-interests like we saw with PPE scandals that are linked with COVID-19, and the North West Province was not spared of these self-interests.

In 2019, civil society embarked on a process to reorganize itself in order to discharge its responsibilities in the re-launched NW PCA.

As civil society, we are guided by the Terms of Reference of the SANAC Civil Society Forum and the SANAC Procedural Guidelines. The process we embarked upon in 2019 was long, consultative and democratic and it resulted in civil society leaders being elected at provincial level, district levels and some local levels before COVID-19 disturbed the finalization of elections at local municipalities.

“Now that we are on COVID-19 Level 1, the outstanding processes will unfold for the process to be finalized. There can never be a situation of people being parachuted as leaders of civil society irrespective of which formations they come from. Elections happen at the level of civil society and if there is a need to bring others into the fold, such processes must follow due process of civil society at a duly constituted meeting of the sector or the civil society structure,” adde Maano

On World AIDS Day, 1 December 2019 in Dr. Kenneth Kaunda District at James Motlatsi Stadium, the elected NW Civil Society Forum leaders elected by their sectors were formally announced by the National Chairperson of SANAC Civil Society Forum, Ms. Steve Letsike when she handed them over to sit side by side with the Premier and his MECs (all MECs are members of the NW PCA with the Premier as the Chairperson). The announcement was welcomed by the Deputy President of South Africa, Mr. David Mabuza who serves as the Chairperson of the South African National AIDS Council (SANAC). The announcement made means all elected civil society members are full members of the NW PCA and they do not need to receive a letter of appointment from anyone to validate their election. Those peddling this untruth of letter of appointment must refrain from doing so, as this is another ploy to create confusion.

In the process of elections, civil society forum made sure that leaders were elected in all 4 Districts so that these leaders can work together with District Mayors and their MMCs to drive the work through the District AIDS Councils (DACs). Whilst civil society forum has made sure that sector leaders and District Civil Society Forums are elected with Chairpersons who serve the District AIDS Councils as Co-Chairpersons with the Executive Mayors as Chairpersons, COVID-19 has disturbed the convening of DAC meetings that were envisaged to take place by end of March 2020.

SANAC Plenary Chaired by Deputy President has been clear on the roles of Premiers as Chairpersons of PCAs in their provinces. At the meeting of the SANAC Plenary in November 2019 in Mpumalanga Province, where MEC Madoda Samabatha attended the Plenary on behalf of the Premier, the Deputy President was clear that such an anomaly must be rectified as with the Premier attending Plenaries and Chairing their PCA together with the civil society Co-Chairperson. The NW province and the MEC Sambatha was thanked for ensuring that the AIDS Council is reestablished and the baton must be handed over to the Premier to lead.

We request that political expediency must not be used to undo great work done by government, civil society and business to re-organize their structures to breathe life into a new rejuvenated NW PCA.

AIDS, TB, STI and now COVID-19 response is work of government and equally the role of society at large is critical and no one must assume to hold the answers alone. We call on business to come to the party and be a partner in the response. We commit to keep our role clean and clear as civil society in the response and we will clean our house to ensure that those hell bent on wreaking havoc in the name of civil society are corrected and if they refuse, we will ensure that through a democratic process, they are addressed based on our rules.

The first step towards a proper, fully functioning and clear NW PCA is a properly organized, duly sanctioned and focused first meeting taking place. We cannot allow disorder to prevail, otherwise we will regress beyond the disbandment of the NW PCA that took place in 2014.

We reiterate that there is no meeting of the NW PCA today that must take place without sanction and presence of the Chairperson and the Co-Chairperson. We are in this together and we must all do what is right, what is legal and what is in the best interests of communities we serve, whether as government, business or civil society. Communities matter irrespective of who is in the room. 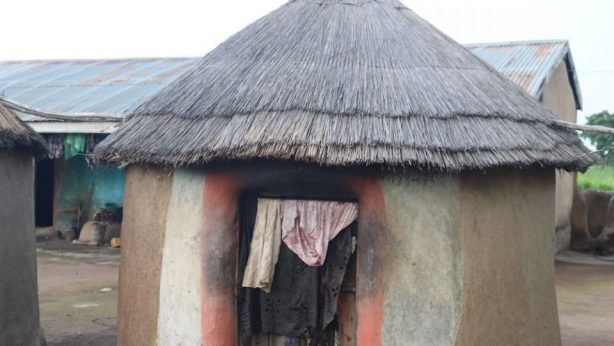 BRING AN END TO BRUTAL KILLINGS OF WOMEN ACCUSED OF WITCHCRAFT 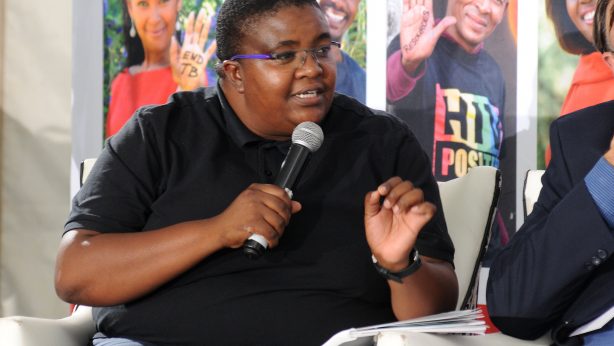