ZAZI, a new campaign aimed at Women and Girls will be launched on 25th May 2013 under the leadership of the South African National AIDS Council’s (SANAC’s) Women’s Sector, with support from the USAID/JHU HIV Communication programme and PEPFAR.
The ZAZI Campaign encourages women and girls to draw on their inner strength, power, and self-confidence to know themselves and what they stand for in order to guide their decisions about their future. 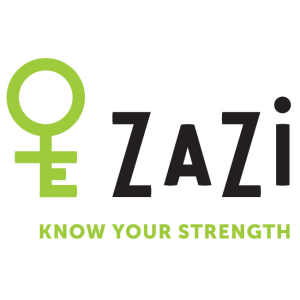 The accompanying music video, directed by South African director Tebogo Mahlatsi, shows situations where young women are drawing on their strength to make decisions for their own future.

Bronwyn Pearce, Deputy Country Director at the USAID/JHU HIV Communication Programme says: “The ZAZI campaign has been developed by women for women and celebrates the strength of South African women. ZAZI is a Nguni word, meaning ‘know yourself’. We hope the campaign creates a movement that encourages women to defy the silence that allows the pain in their lives to thrive, to define their own values and their own path in life.”

The development of the ZAZI Campaign was informed through extensive quantitative and qualitative research. In-depth conversations with communities and consultation with experts and stakeholders working in this arena form the foundation of the campaign and have guaranteed that interactions and interventions taking place on the ground are reaching the correct stakeholders with maximum impact.

“While advances have been made in addressing issues with regard to women and girls in South Africa, certain social and structural barriers continue to persist. This campaign is being driven by the South African National AIDS Council’s (SANAC’S) Women’s Sector and will mobilise the combined effort of civil society organisations across the country to address and improve the health and well-being of women and girls in South Africa.
The ZAZI campaign is an opportunity for young women to take charge in the prevention of HIV, draw on their inner strength and define who they are”, commented Nomfundo Eland, Chairperson of the SANAC Women’s Sector.

She added that “the vast majority of HIV infections occur among women. Young women, in particular, are at a greater risk of HIV infection as they often find themselves in situations that force them to have unprotected sex with older men in exchange for money or gifts. In addition, the perpetration and acceptance of gender-based violence, including sexual violence, endangers the lives of many women – young and old. These are the issues that the Zazi Campaign seeks to address”.

Fundamental to this campaign is to advocate for women to have greater access to key services and commodities that can help stop new HIV infections, minimise unwanted pregnancies, prevent mother to child transmission of HIV and ensure healthy lifestyles and early detection and management of chronic diseases.

“For better health outcomes for women and girls, we all need to recognise that the needs of individuals cannot be addressed in isolation of the contextual factors that influence their decision-making. The ZAZI campaign aims to engage all sectors of society to tackle these challenges, including hosting community dialogues, talking to the youth through our campus tours programme and a very active mass media aspect to name a few”, Bronwyn Pearce explains.

The vision for the ZAZI campaign is aligned to the NSP’s 2012-2016 long-term vision for South Africa with respect to the HIV/AIDS, Tuberculosis (TB) and STIs epidemics. “Our aim is zero new HIV/AIDS and TB infections; zero new infections due to vertical transmission; zero preventable deaths associated with HIV/AIDS and TB; zero discrimination associated with HIV/AIDS and TB; and the end to Gender-Based Violence. We believe that by working in partnership with like-minded organisations and individuals, we will attain this vision”, concludes Eland.