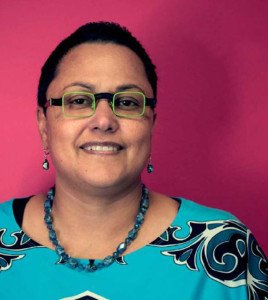 This was  originally published in the January edition of the SANAC newsletter.

How far are we with the finalisation of the new NSP?
It was initially supposed to have been launched on World AIDS Day (December 1, 2016) however, a request was tabled to launch it on World TB Day since TB is the leading cause of death to people living with HIV. Our Health Minister, Dr Aaron Motsoaledi has been instrumental in shining the spotlight on TB at UN level. So, on World AIDS Day we launched a document tabling the Goals and Objectives of the new NSP with the theme, ‘Let Our Actions Count’. This document reflects the lessons learnt from the ending NSP and what helped shape the objectives of the new one. The steering committee is now finalising the objectives of each goal of the NSP 2017-2022.

What were some of the challenges during the development process?
We wanted to be as thorough as we possibly can non the new NSP and so we wanted to interrogate everything and properly scrutinize the current data. We also wanted to ensure that everyone is heard. As you can imagine, consolidating input from all stakeholders was a bit of a challenge. Also, we’re currently operating under trying economic times and considerable financial constraints so things haven’t been easy. There were also a few technical challenges which posed the questions such as, ‘Do we know enough? Are we going to adequately address all the issues before us and, how far can the NSP go’, because it is affected by many other challenges in our society. For example, we advise young girls against “blessers” but, is the environment in which they live in favour that? We need to be cognisant of what drives them to blessers in the first place and deal with those issues.

What were the highlights?
The consultations held in September last year were very helpful, especially the 2-day civil society consultation which was well attended. We held successful engagements that really helped inform a lot of decisions going forward. I really appreciated the willingness in people to engage. The community voices were incredibly interesting. We also learnt a lot about what people are doing out there in response to HIV, TB and STIs.

What excited you the most in the process?
The emphasis on impact! What are the best choices to make that will yield the desired outcomes?! What does the data and evidence we have taught us going forward and, how will that help us reach our targets?! The interesting discussions we held with civil society and the important role they play.