On Monday 5 March, the Multiparty Women’s Caucus held a summit in parliament where participants  debated the decriminalisation of sex work through oral and written submissions.

The summit follows the release of a report by the South African Law Reform Commission on adult prostitution which recommended that sex work should continue to be criminalised or at least partially criminalised.

Chief Executive Officer of the Commission for Gender Equality, Keketso Maema, argued that the criminalisation of sex work is contrary to international law and is an infringement of South Africa’s Bill of Rights.

The summit also heard from those opposing decriminalisation, who said that sex work perpetuates human trafficking, the objectification of women and that it would be near impossible for the country to successfully regulate the industry.

“What message are we sending to young women when we tell them it is okay to sell their bodies? Should we not be encouraging them to stay in school? What about the dignity of women?” These words came from a visibly emotional Mickey Meji, a representative of Kwanele, a non-profit organisation which encourages those in the sex work trade to quit and find what they deem “dignified employment”.

SANAC made an oral submission at the summit calling for full decriminalisation and expressed concern about the Law Reform Commission’s lack of reference to the South African National Sex Worker HIV Plan launched by SANAC in 2016. The Plan outlines a holistic response to sex workers including health, psycho-social support, economic empowerment, legal and human rights.

“This is in direct conflict with global and national efforts to increase prevention, diagnosis and treatment of HIV,” said Letsike, who was accompanied by SANAC CEO, Dr Sandile Buthelezi.

“The National Sex Worker HIV Plan acknowledges the legal status of sex work as a key impediment in the full implementation of the National Strategic Plan (NSP) for HIV, TB and STIs which seeks to bring these three infections under control and stop them from being public health threats,” Letsike continued.

In her closing remarks, the Chairperson of the Multiparty Women’s Caucus, Masefele Morutoa noted that the Caucus will carefully consider all inputs before a resolution is taken. Morutoa  added that although the Caucus had previously expressed its support for the decriminalisation of sex work, everyone’s views would be taken into account. 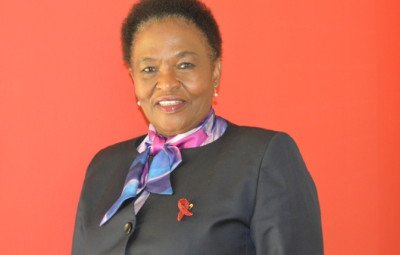 Human rights and access to healthcare remain paramount in the...

In recent years South Africa has made great strides towards...