This year’s World AIDS Day theme “Let Our Actions Count: It Is My Right to Know My Status, Prevention is My Responsibility” encourages us to make our actions count and take personal and collective responsibility to prevent new HIV infections.

We have made significant progress in our efforts to respond to HIV,TB and STIs, but we have not done so well in protecting people from HIV infection – about 270 000 people became newly infected with HIV in 2016 alone. 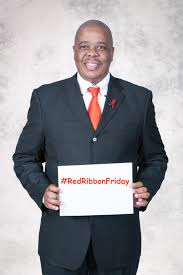 What is Red Ribbon Friday?

It is a call to all South Africans to get behind World AIDS Day 2017 and to put the prevention of HIV and TB back on the agenda.

Every Friday, we want to encourage conversations among South Africans to respond to critical questions such as: What is your Responsibility? What can you do to prevent the spread of HIV and TB infections?

Every Friday, all South Africans are encouraged to wear a red ribbon, take a picture and share it on social media using the hashtag #RedRibbonFriday, organize HIV testing services in their workplace and raise awareness about the prevention of HIV and TB.

What should I do for Red Ribbon Fridays?

The red ribbon has become a symbol of solidarity and commitment to the fight against HIV and AIDS. It is a symbol worn to recognise and honour individuals, loved ones, family members, friends and colleagues who are living positively with HIV, and honour the memory of those who had passed on due to AIDS–related conditions. HIV is not over. It’s time to get everyone to play their role in preventing HIV and TB. Through #RedRibbonFriday we can encourage millions of South Africans to be conscious about the need to prevent the spread of HIV and TB.

Who is behind Red Ribbon Fridays?

Red ribbon Fridays will be driven by SANAC and its stakeholders but it should be a countrywide movement because we can all play a part in ending new HIV and TB infections.

The following stakeholders will primarily drive the initiative to ensure it spreads across South Africa:

Through this initiative, we can confidently mobilise all South Africans to put prevention back on the agenda and create a prevention revolution to bring the country a step closer to ending AIDS.