By nelson
0 Comment
61 Views
DDeputy President David Mabuza has today, 12 March 2021, in his capacity as a chairperson of the South African National AIDS Council (SANAC), chaired Plenary of SANAC. The Plenary focused on the implementation of the National Strategic Plan for 2023 – 2028 and measures to accelerate the national response to HIV and TB as well as catch-up plans in light of the Covid-19 pandemic, governance and sustainable funding of SANAC among others.

Deputy President Mabuza has described King Goodwill Zwelithini as a torchbearer leading the South African nation and the people of KwaZulu-Natal out of the grip of HIV/AIDS and TB, which has given meaning to the work of SANAC.

In his opening remarks, the Deputy President observed that women, particularly young women remain vulnerable to contracting HIV, and that society has an enormous responsibility to eradicate those vulnerabilities so that women may enjoy the same rights as men. These are issues that were central in King Goodwill Zwelithini’s agenda towards moral regeneration.

The passing of King Goodwill Zwelithini, makes this day all the more wrought with a twist of pain and a spear to the heart of all South Africans who identify with the ideals of development, justice and equality of opportunity of all genders.

In the fight against the scourge of HIV/AIDS, TB and STIs, King Goodwill Zwelithini further played a pioneering role for the betterment of the lives of the people of KwaZulu-Natal and the entire South Africa. He took brave stance and spoke uncomfortable truths on prevailing socio-economic challenges facing our nation. In recognition of the social impact of his work in changing the lives of the people, the University of Zululand conferred him with an honorary doctorate.

In efforts to consolidate unity and nation building, King Zwelithini ka Bhekuzulu pioneered a gathering of African kinships in Durban to discuss the global perspective on indigenous leadership seeking among others, to facilitate cohesion and make a call for a united front to fight social ills and negative effects of conflict in our continent.

The passing of King Goodwill Zwelithini is a major blow to the work of the South African National Aids Council, which he had immensely enriched. 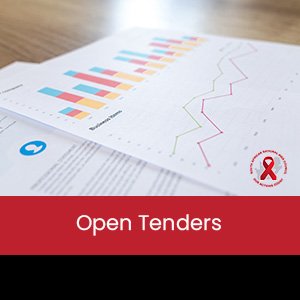 This advert is posted on behalf of Beyond Zero, please...