It is our great honour to join you today as we launch this TB campaign with Amakhosi.

March is regarded as the TB month world-wide, because, on the 24th of each year, the world pauses to consider the huge burden that TB is, and its toll on the lives of many people, especially those living in poor communities. And most importantly, to re-energise the world’s response aimed at ending this epidemic that in fact, can, and should be ended.

South Africa, like most countries in the world, commemorates the World TB day, just like we did last year with the commemoration that we co-hosted with His Majesty, King Goodwill Zwelithini kaBhekuzulu in Cato Manor here in KwaZulu-Natal.

Since that commemoration, we had the first ever High Level Meeting on Tuberculosis attended and addressed by Heads of State and Government, including President Cyril Ramaphosa, on the side-lines of the United Nations General Assembly in September last year, in New York. That High Level Meeting reaffirmed the commitment made globally to end the dual epidemic of TB and HIV/AIDS by 2030, if not sooner.

The meeting also set ambitious targets, including finding all people infected with TB, but not diagnosed and treated. In fact, it is expected that 40 million TB patients will be found by 2022. In that figure, South Africa is expected to contribute about one million, including the 160,000 TB patients that we miss every year.

By discussing the issue of TB at the United Nations level, our leaders demonstrated their collective determination to rid the world of TB. In this very fight, Amakhosi are a critical part of our efforts. Remember, Amakhosi are always with the people.

Amakhosi live among the people. More than any other leader in our communities, Amakhosi have a unique and important role to play in addressing society’s social ills, including TB. Amakhosi should be concerned about problems that face their people, especially those that relate to matters of life and death. TB is a serious matter of life and death in South Africa.

This disease continues to be the number one killer of South Africans, more so in the province of KwaZulu-Natal. This province carries a third of South Africa’s TB burden, and nearly a quarter of TB related mortality.

Again, about a quarter of all TB patients who are missing, are also in this province. Clearly, if South Africa is to succeed in meeting the all-important goal of ending its TB epidemic by 2030, KwaZulu-Natal will have to succeed first!

There are more men contracting TB, and even dying from the disease in larger numbers, despite it being treatable and curable. This is because men are much more exposed to conditions, especially in workplaces, that have with them an elevated risk of TB infection.

This is complicated by the fact that most men do not access health services when they are not well, and mostly do so when it is already late, with the disease having worsened, and death almost a certainty.

We must therefore give men more attention, if we are to succeed in our efforts to eliminate TB. No institution is better placed to help raise awareness, and ensure good health seeking among men, than Amakhosi.

As we respond to the TB epidemic, we must also remember its close association with another huge epidemic facing us, that of HIV and AIDS, again, also deeply felt in KwaZulu-Natal.
We are humbly pleased with the bold leadership demonstrated by His Majesty the King, who, as you recall announced in December 2009 that men in this province should start circumcising again.

Science has demonstrated that medical circumcision will help us halt the HIV epidemic in our communities. We are pleased that our male counterparts with the support of AmaKhosi, heeded this call resulting in tens of thousands of men circumcised in the past 6 years.

However, we want all men in every part of the country to get circumcised. It is good for the fight against HIV as well as for other aspects of men’s health, especially men’s sexual health. It also protects women from contracting HIV.

Today, we meet here in Inanda to reiterate the message we delivered last year and we call upon all leaders particularly Amakhosi, to join government in calling on our people to deal with the twin epidemics of TB and HIV.

TB is killing thousands of our people. In fact, most people who are HIV positive die from TB. Sixty percent of people with HIV also have TB – because their immune systems are weakened by HIV infection. This should not be!

That is why we call on Amakhosi to take the following message to their communities:

Every leader can show by example that they will not only ask people with TB symptoms to get tested and treated. We call on every leader to lead by example. If you have symptoms go and get tested, get treated and tell those in your environment that you have TB, and you are on treatment.

We take great pride in the example set for us by our founding father Nelson Mandela who taught us, using his own example, that it is possible overcome TB completely. We also thank His Majesty the King, for using the example of his own son, Prince Nhlanganiso, a TB survivor and one of the country’s TB Ambassadors, who is here with us today, to advocate for an end to TB.

We are sure that if more leaders do this publicly, many more will follow.

We must also prioritise people who live together and in close contact with TB patients. Such people have a much higher risk of being infected with TB. They must immediately go to their nearest clinic or hospital and be screened and tested for TB.

In this regard, we request Amakhosi to support Community Health Workers who move around their communities tracing those who may be exposed to TB due to some of their relatives having contracted the disease.

We call on you to support these teams of workers, and to join them as they conduct their visits to assist in explaining the importance of all those who may be exposed, being screened and tested for TB.

By so doing, we will be providing demonstrable and visible leadership to our people. Earlier today, we demonstrated this very notion of contact tracing, by visiting a few households whose members have contracted TB.

We have done so in order to be part of the process of urging them to be screened and tested for TB.

This must not end today, but should be a practice that is incorporated in the routine responsibilities of any leader, and indeed, Amakhosi!

We must not stigmatise people with TB. Nor should we discriminate against anyone with the disease. Anyone can get TB as it does not depend on your status in society. For as long as one breathes, one can get TB!

Notwithstanding, our people need not to feel bad about getting TB. For as long as we breathe, we can contract TB because this disease is an airborne disease!
There is also no need to ill treat people with TB. As we said, anyone can get it. Let us not stigmatise people with TB, instead let us help them get the treatment and get cured!

We ask all Amakhosi, Izinduna, and every leader, parliamentarians, legislators, teachers, police, health workers, and all others to take this message to every corner of this province, and indeed our country.

We must and can beat TB, we cannot let TB beat us!

We wish to thank Amakhosi who are present at today’s event. Traditional leaders in our country play a very important role in our communities. This important role is not only in rural areas but also in urban areas.

Our people treasure their culture and heritage and will continue to do so for generations to come – irrespective of the fact that our society is modernising rapidly.

Let us show the leadership to end TB by 2030 or sooner!

It is time to end TB! Ke Nako! 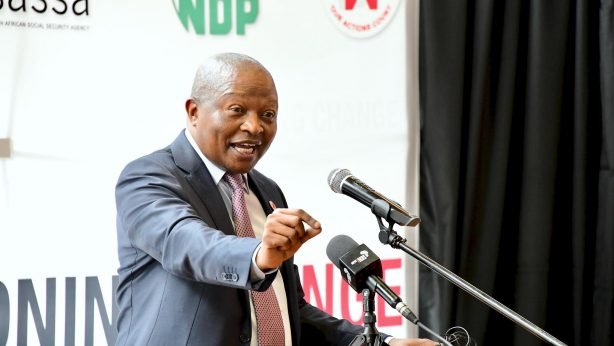 Our Host and Premier of Mpumalanga, Ministers and Deputy Ministers,... 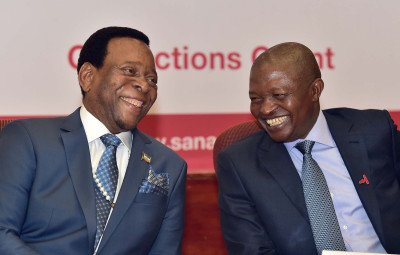