The SANAC Civil Society Forum (CSF) looks forward to Cabinet’s revised NHI Bill due to be released this week. As contributors to the NHI Bill, our position was clear and remains clear that we want NHI now. This point we made very clear at the Presidential Health Summit which we participated on in October 2018. Those who masquerade of legitimate voices of the people, who have decided that they are voice of reason of civil society, whose privilege through their medical aids and who are now proxies of vested interests of the private sector should be ready to face us as the various sectors of civil society under the banner of Civil Society Forum (CSF). We are tired of people who want to see apartheid continuing during the post-apartheid era.

In our submission on the NHI Bill and through our voices during the Presidential Summit on 19 & 20 Oct 2018, we said with once voice that we supports the objectives of the establishment of the NHI fund. The NHI is a means for South Africa to achieve universal health coverage.

The CSF through our submission and through our engagement during the Presidential Health Summit, we continue to call for the redirection of health financing and accountability through the NHI to address community systems strengthening. This goes beyond the challenges confronted by the narrow bio-medical centred definition of health as pursuing “absence of disease and infirmity” that is offered by current health systems (both public and private) through the administration of drugs, to the broader community capacity enhancement based definition of health as “a state of complete physical, mental, and social well-being and not merely the absence of disease or infirmity.” At the centre of this approach is the NHI.

Our submission to the NHI Bill outlined our support and some changes we would like to see being included in the NHI Bill before it goes to Parliament for approval as a law of the Republic. We await the revised Bill that Cabinet will send to Parliament so that once debated, it is passed into law. We are also excited that this Bill will be released to us as members of society through our various formations and in our individual capacities to engage with.

“Communities must be encouraged to participate actively in the planning, managing, delivery, monitoring and evaluation of the health services in their areas. In Commission 8 during the Presidential Health Summit, we called for the fast-tracking of the education, engagement and implementation in communities about the NHI, and we said that should happen NOW!” says Steve Letsike, Chairperson of the SANAC Civil Society Forum (CSF)

We are perplexed by those making noise about a document that we all have not seen because the NHI Bill has not yet been released by Cabinet. We must all wait, and we must all have confidence in the capability of our democratically elected representatives to discharge their constitutionally enshrined powers to ensure that they pass laws, like the NHI Bill that must now become an act of Parliament. Last week we saw Afriforum seeking to usurp the powers of Parliament to pass laws when they went to court to stop the processes of land reform. We will not sit by and allow the same modus operandi by those who have appointed themselves spokespersons of all of us under the guise of civil society and communities whilst they act in the interest of private interests that reward them in the dark corners.

We call for the Parliamentary process not to be delayed in order to satisfy private sector lobbyists who are hell bent on ensuring apartheid is not dismantled. Parliamentarians serve at the behest of the people, and this Parliament should ensure that before its current term ends, it adopts the NHI Bill into the NHI Act.

As SANAC Civil Society Forum, we have long called for implementation of universal health care system in South Africa. When the idea of the National Health Insurance (NHI) was introduced many years ago, we were very excited that our call for a universal health system will be realized. We didn’t know that many years later, we would still be talking, advocating and fighting for the NHI instead of seeing it being rolled-out. The delay was as a result of 2 stumbling blocks viz:

The NHI is a platform to ensure the spirit and the letter of section 27 of the RSA Constitution and the Article 12 of the United Nations Convent on Economic, Social and Cultural Rights, 1966 are realized, where the private sector is happy or not happy. Transforming the South African society requires that we put people before profits.

“The release of the NHI Bill by Cabinet recognizes this urgency so that we move from talk to action. The NHI will ensure that we all take health in our own hands because we believe that health starts at home, in schools and in the communities we live in. The NHI will require that we recalibrate innovate ways in which we educate, empower and ensure ownership of health by all South Africans, especially the vulnerable communities.” emphasized Letsike

SANAC Society Forum will continue to confront the highly racialised model of funding for the health in South Africa, as we are doing in terms of the HIV and TB response. We will continue fight against a system of funding that seeks to sustain an apartheid modus operandi that deepens inequalities along racial lines through patterns of development that restrict the lives of black South Africans. Communities must rise and confront Afro-pessimism agents, particularly those who have strategically placed themselves at the ‘centre’ of the health services on behalf of communities when in fact they are opponents of the values of the Constitution of South Africa and Agenda for Sustainable Development Goals – a universal call to action to end poverty, protect the planet and ensure that all people enjoy peace and prosperity.

The people, especially the African poor majority are most affected by HIV and TB, and they rely solely on the public health system for treatment. The NHI seeks to improve and support the public health system, and this will result in immense benefits for the people. With such an approach, we will see the people through their communities taking their place at the front, center and back of their health needs, and by extension the response to end HIV and TB.

NOTES:
The SANAC Civil Society Forum (CSF) is a formal advisory body established in 2012 by the South African National AIDS Council to facilitate the participation of Civil Society Organisations and networks, including those representing People Living with HIV, in the HIV and AIDS and TB within the National HIV response and for the implementations thereof National Strategic Plan (NSP) 2012-2016 through Sectors. It is made up of the following 18 sectors: 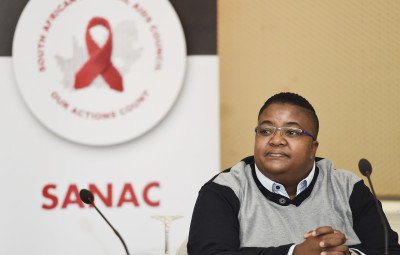 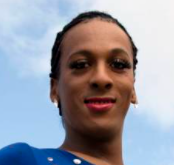