Through the assistance of the Global Fund, the South African National AIDS Council facilitated the donation of learner materials valued at R5 million to schools affected by floods on Monday, 12 September 2022 in Amaoti, eThekwini, KwaZulu Natal.

In response to floods that ravaged the province of KwaZulu Natal, SANAC made a submission to the Global Fund in order to provide much-needed relief for learners from the affected schools.

SANAC made the submission in its capacity as the coordinator of the Fund at country level, through a structure known as the Global Fund Country Coordinating Mechanism (GF- CCM).

Working with the departments of Education and Social Development, a total of 1700 learners (462 from 20 high schools and 1238 from 48 primary schools) from eThekwini District were identified to benefit from the initiative.

The Deputy Ministers of the Departments of Social Development and Basic Education will led the handover alongside the MECs of both departments, SANAC CEO and some of her executives, as well as the principals of affected schools.

Below is a summary of the donations: 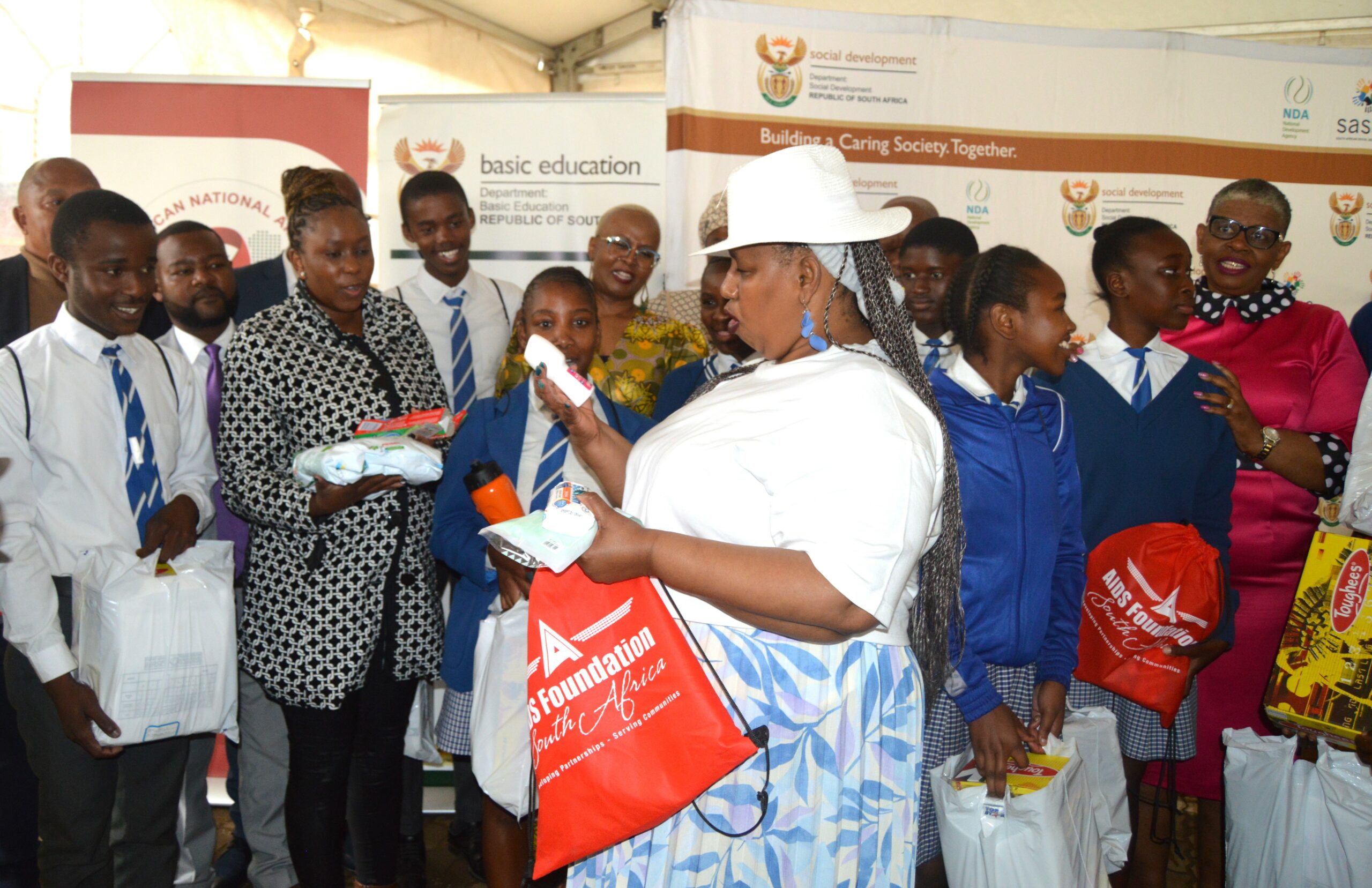 The handover ceremony marked the beginning of the distribution process and delivery of all commodities to the beneficiary schools is still ongoing.

Speaking at the handover ceremony, the SANAC CEO, Dr. Thembisile Xulu said, “What we’ve learnt through the flood disaster is the need to build strong health systems that would withstand the impact of climate change to ensure continuity of services in times of disasters. We also appreciate the need to design health programmes and interventions that would endure pandemics and natural disasters.”