PRETORIA, 04 February 2020 – The South African National AIDS Council (SANAC) is saddened by the discontinuation of the HVTN 702 Study (colloquially known as Uhambo) – an HIV vaccine trial which began in South Africa in 2016. The study enrolled 5400 volunteers in fourteen sites across the country. Volunteers included sexually active men and women aged 18-35 years; they were assigned to either a placebo arm or the vaccine arm.

The trial was halted following a monitoring and evaluation assessment on the efficacy of the vaccine regimen, which unfortunately did not yield the results we had hoped for. Be that as it may, this cessation does not mean all is lost since various other vaccine trials are continuing globally. Outcomes of the HVTN 702 Study are also not in vain, we can still draw many lessons to inform future trial endeavors.

According to Prof. Glenda Gray, president and CEO of the Medical Research Council of SA, who led the study, “If the vaccine had worked it would have been a big step forward. For us this result highlights that HIV hasn’t gone away … that the rate of infection is still very high in SA. This shows that even though we have the largest antiretroviral therapy in the world, this hasn’t dented the levels of new HIV infections in SA.”

It is worth noting that South Africa has made significant progress in the HIV response since this trial began in 2016 and that we continue to be at the forefront in the global HIV research, progressive policy and best practice programme implementation. The country has scaled up pre & post exposure prophylaxis (PrEP & PEP) and has recently launched dolutegravir, which replaces efavirenz in the 3-combination single dose HIV treatment regimen. This new drug has fewer side effects, is cheaper and more effective compared to efavirenz. These interventions will go a long way in improving prevention and treatment efforts to ensure that we curb the spread of HIV as we continue on the journey towards developing an HIV vaccine. HIV vaccine work remains a critical priority for the South African HIV response, and although this finding is a significant blow on HIV response efforts on our part as a country, it is by no means the end of the road.

“As SANAC we would also like to take this opportunity to thank the entities who have been at the forefront of this trial, including the funders, the researchers, activists and advocates, field workers, technical and community advisors and most importantly the trial participants who helped to answer the question on vaccine efficacy. Their tireless efforts will continue to inspire HIV vaccine and prevention programming in the country and the rest of the globe,” said SANAC CEO, Dr Sandile Buthelezi. 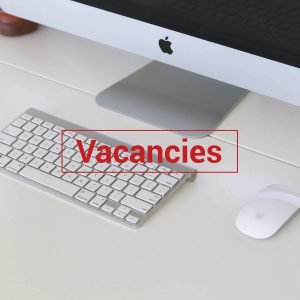