PPRETORIA, 31 May 2020 – The Board of Trustees of the South African National AIDS Council (SANAC) has announced the appointment of Ms. Coceka Nogoduka as the Acting Chief Executive Officer (CEO) of the SANAC Trust.

Ms. Nogoduka will resume her duties tomorrow, Monday 01 June 2020 and will retain the position until the recruitment of a permanent CEO has been concluded. Her appointment follows the departure of the current CEO, Dr. Sandile Buthelezi who has been appointed as Director General of the National Department of Health.

Ms. Nogoduka has been with the SANAC Trust as the Executive Manager for the National Strategic Plan (NSP) Implementation since April 2019. She has also been acting as the Executive Manager for the Strategic Information Unit. She is a public health specialist with over eighteen years’ experience within the HIV and TB space. She is a graduate in medical technology and holds a Master’s Degree in Public Health from Umea University in Sweden. Ms. Nogoduka has previously served as a Director of HIV Programme in the Eastern Cape Provincial Government and has worked for various Non-Governmental Organizations inclusive of PEPFAR among others.

She brings a wealth of experience and is no stranger to SANAC – between 2012 and 2014, she was seconded by the Family Health International 360 to provide technical guidance to develop and design HIV prevention services for Key Populations (truckers, female sex workers, men who have sex with men), under a project funded by the Bill and Melinda Gates Foundation.

Whilst the recruitment process for a permanent CEO is underway, Ms. Nogoduka will maintain stability within the SANAC Trust to ensure effective execution of its mandate. The Board pledges their continued support to her and the Trust during this time. 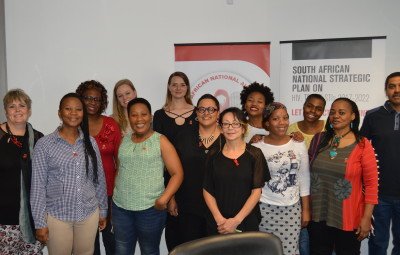 SANAC CEO, Dr Sandile Buthelezi. As South Africa and the...