The South African National AIDS Council Trust is the legal institution through which SANAC (chaired by Deputy President Kgalema Motlanthe) achieves its goals and objectives. As Health Minister Motsoaledi puts it, “The Council is like our parliament, the trustees are like the cabinet and the Secretariat is the management team of SANAC.” The Council provides overall political and civil society leadership through the plenary meetings, while the Trust is responsible for fiduciary oversight, strategic guidance and governance of the Secretariat. The Secretariat must ensure implementation and the achievement of the goals and objectives of the Council and the Trust, as stated in the Trust Deed.

New trustees for SANAC
As part of the revitalisation programme of the governance structures of SANAC and the strengthening of the Secretariat, the Deputy President appointed new trustees to run the affairs of the SANAC Trust. As SANAC enters a phase of increasing responsibility and a much broader scope of activities as defined in the National Strategic Plan, the Deputy President expressed the need to appoint trustees with distinguished careers and extensive experience in the development of South Africa. What better choice to make than Justice Yacoob?

Struggle stalwart
Durban-born Yacoob recently retired as a judge after serving for 15 years in the Constitutional Court, where he made a number of notable judgements that have shaped the court’s interpretation of the South African Constitution. His service in the Constitutional Court was the culmination of an already stellar career in the legal field, which began in 1972 when he completed his LLB degree.
He is well known in national and international legal circles for his contribution to socio-economic rights jurisprudence in South Africa. Early in his career, he immersed himself in the liberation struggle as a community activist, and joined the ANC underground movement. At the height of the anti-apartheid struggle, he defended political prisoners and represented victims of detention, house arrest and other restrictive orders.

A stellar career
Yacoob’s dedicated service to the country saw him become a member of the committee responsible for the finalisation of the Bill of Rights in the Interim Constitution. He was also one of the first members of the Independent Electoral Commission (IEC) responsible for South Africa’s first democratic election in 1994. He also served in the Independent Panel of Experts that advised the Constitutional Assembly in relation to the draft of the final Constitution. He has taught at international law schools in Seattle and Maryland, in the United States of America, as well as Melbourne, in Australia, and has regularly taught Constitutional law in the joint programme between The Howard Law School of Washington and the University of the Western Cape. Yacoob’s achievements have come in spite of going blind at the age of 16 months.
The Secretariat welcomes Zak Yacoob to the SANAC family and looks forward to working under his leadership and guidance in the future. We believe without doubt that he will serve SANAC’s board of trustees with the same vigour and passion that he has shown in his previous work. 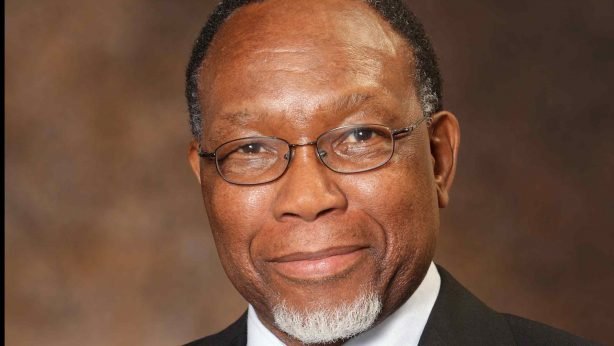